New subscribers get 20% off!

As we move into our final month and photo contest of the year, we’d like to take a moment to thank everyone who joined us in 2022 and participated in our photo contests. We appreciate you all deeply!

November continued our trend of gaining new members each month, and this month one of our new members took both first a second place! He also joined us on the Livestream announcement, which was a great surprise and something we’d love to continue with future contest winners.

If you’ve won a contest and want to join us on a Livestream, send us a DM on Potography.com or on Instagram and we’ll see when we can get you on!

In third place, new member @avoman1 takes the prize with the shot “Young Gorilla Glue.” The photo features a live flowering plant that appears to be in its third or fourth week of flowering.

At this stage in flowering, there’s usually not as much trichome production or exotic coloration in the flower, but that doesn’t stop this image from highlighting the beautiful green color of the plant and its bright white pistils.

Congrats to @avoman1 and thanks for joining us!

In second place, new member @uvcannabis introduces the Potography community to his trademark style of UV cannabis photography with his shot titled “The Secret Colors of Cannabis – Pink Runtz.”

We had the pleasure of welcoming @uvcannabis onto our Livestream winner announcement, and he explained to us that shooting cannabis photos with UV light exposes certain characteristics, such as terpene content, that we can’t see with the naked eye.

Along with crushing photo contests on our website, @uvcannabis has his own websites and a book where he documents his photographic exploits. You can see more of his work at uvivfcannabis.com.

Thanks for joining us @uvcannabis and congrats on your first Potography win!

While his second place photo shows a dried cannabis bud, this photo features a live cannabis plant and definitely seems to highlight more of the “secret colors” the UV light brings out.

We’re definitely planning to grab a copy of the updated edition of his book, the Secret Colors of Cannabis, when it comes out, and we’re excited to see what else @uvcannabis does with this new and unique style of cannabis photography.

Thanks again for joining us and congrats on your double win!

As we approach the end of the year, we’re looking back at some of the goals we set and accomplished this year and we’re also getting ready to set some even bigger goals for next year. Our monthly photo contest has been running for almost three years now and we’re excited to start ramping up content for the new community features we added in 2022 such as forums and groups.

It’s just Sam and Nick working behind the scenes to keep the website and contest operational, so we deeply appreciate everyone’s support and look forward to helping this community grow even bigger and better in 2023.

P.S. Don’t forget to join us for our December photo contest! It’s live and open for entry through the 21st. 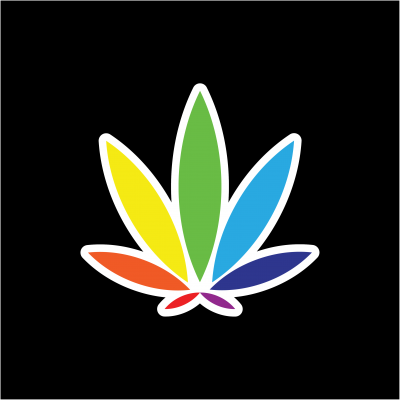 Potography celebrates cannabis through photography, design, and all other forms of art. Our monthly photo contest is a fun and friendly way to highlight the artistic talent in the cannabis community as well as the natural beauty of the cannabis plant and the art it inspires. 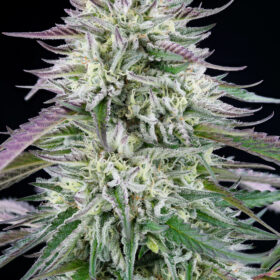 And the Winner Is… December 2022 Potography Photo Contest Results

Our December 2022 photo contest was another quiet one with only a select few entries making the final cut. Despite the smaller entry pool, we were impressed by the high quality and creativity of the photos submitted by the new members who joined the contest. Among the entries, one contestant stood out in particular… 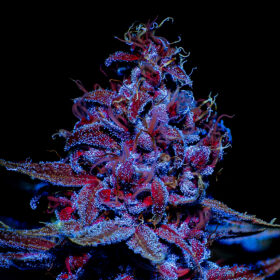 November continued our trend of gaining new members each month, and this month one of our new members… 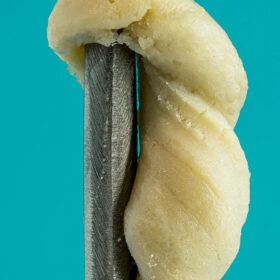 Our October 2022 Photo Contest Winners Have Been Selected!

Our October 2022 photo contest winners have been chosen. Congrats to @britt-nizzle for her second consecutive win, this time taking all 3 of the top slots! 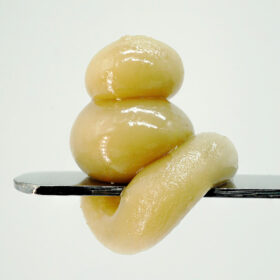 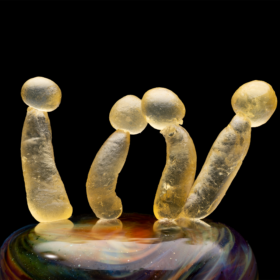 Our August 2022 photo contest has ended and the winners have been chosen! August was a slower month than usual due to some big website updates taking place during the first 1-2 weeks of the month, but we continued our trend of gaining new members every month and the entries were nothing short of incredible! 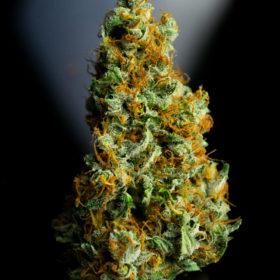 Our July 2022 Photo Contest Winners Have Been Selected!

Our July 2022 photo contest winners have been chosen! Thank you to everyone who submitted an entry or voted. We had an impressive pool of entries this month with shots from new and returning members alike. 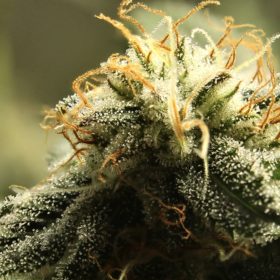 After a record-breaking month for voting in May with one of the most impressive entry pools to date, our June 2022 photo contest delivered yet another batch of mesmerizing entries. We’re stoked to see the contest continuing to attract new members and push our existing members to up their game each and every month. Thanks, everyone! 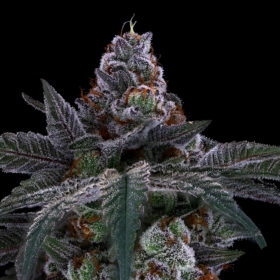 Our May 2022 photo contest results are in! Check out our official announcement post here to see who won… 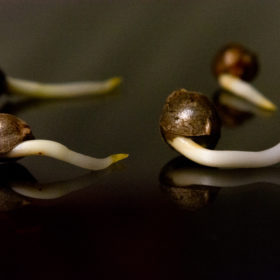 Our April 2022 Photo Contest Winners Have Been Chosen!

Our April 2022 photo contest winners have been selected! Check out our official announcement post here to see who won… 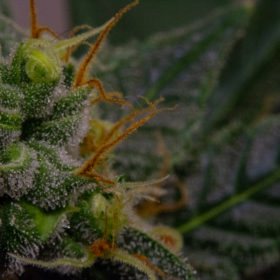 Our March 2022 photo contest marks the end of three years (!) of photo contests and our winners have been selected! Check out the live IG announcement or keep reading to see who won… 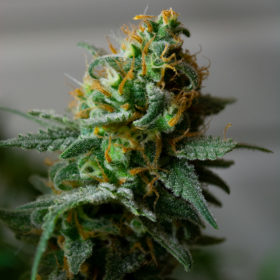 February was another low-key month with just a handful of contestants, all of whom were returning members. With the help of our Instagram Live Stream audience, we narrowed down the finalists and selected our winners. Check out the IG video below or keep reading to see who won! 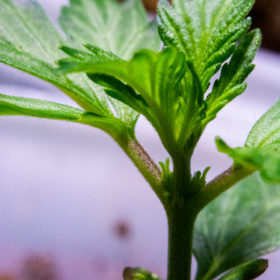 Our first photo contest of 2022 has come to a close and the results are in. Thanks to everyone who participated! 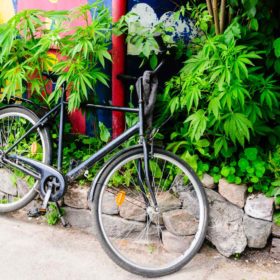 We have some exciting plans in store for our third year of photo contests. Read on to learn more!

Origins and Evolutions of the Potography Colorleaf

Discover the origins of the Potography Colorleaf and see why we’re making some minor but important changes to our classic logo moving forward. 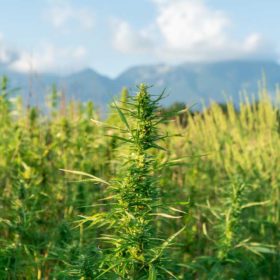 UPDATE: How to help our contest developer Max in Ukraine

We have some updates from our friend Max in Ukraine, the developer behind the software that powers our monthly photo contest. 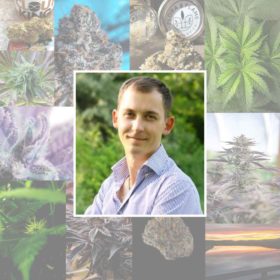 Meet Max, the Ukrainian developer behind our monthly photo contest

This is our friend Max from Ukraine. Max is the web developer behind the software that powers our monthly photo contest. 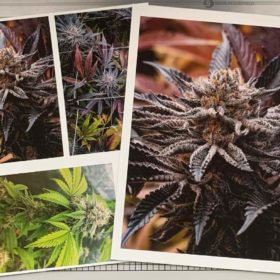 As we get ready to kick off our third year of photo contests this April, we’re making a few small changes to our contest prize packs. 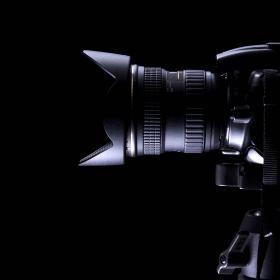 Potography is excited to announce our new Facebook group, Cannabis Photographers by Potography! The purpose of the group is to make it easier for our community to connect with each other in a more direct and collaborative way… 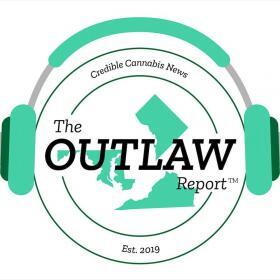 Today we have another podcast episode to share, but this one’s particularly exciting for us because it’s Potography’s first official interview and first time being featured on a podcast! 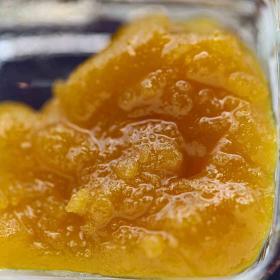 We’re always on the lookout for new podcast episodes featuring cannabis photographers, and today we have an episode from The Cannabis Hangout featuring CasedGod! 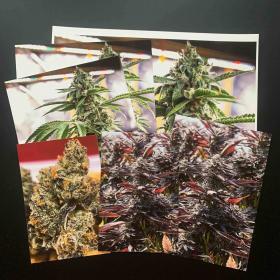 Custom hemp prints are here— just in time for the holidays!

Custom Hemp Prints Are Now Available! In April, we launched our monthly photo contest featuring fine art hemp prints as prizes, and over the summer 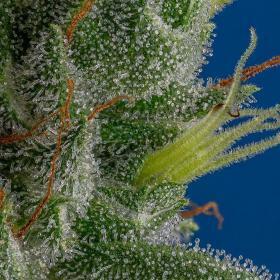 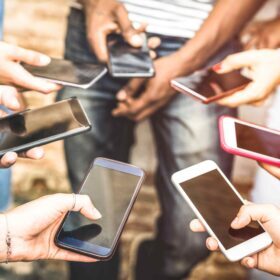 Hello everyone! We’ve made some important updates to our photo contest. Keep reading to see what’s new with our prize packs and entry methods, and to learn how you can earn FREE votes by sharing your entries on Instagram… 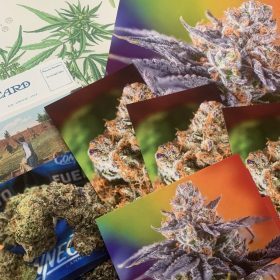 We’re always looking for ways to improve. Do you have ideas for how to make our monthly photo contests even better?

Click the button below to fill out a brief survey and we’ll send you a free gift as our way of saying, “DANKS!”

Please confirm you want to block this member.

You will no longer be able to:

Please note: This action will also remove this member from your connections and send a report to the site admin. Please allow a few minutes for this process to complete.

You have already reported this .
Clear Clear All

Not a member? Register

Stay up to date with contest announcements and special offers. We won’t spam your inbox. New subscribers get 20% off your first order!